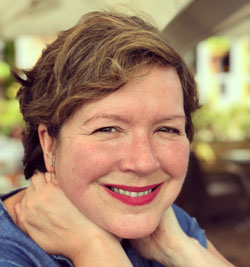 Melanie works as a production designer in television and film, having initially begun her career as a commercial interior designer specialising in retail and hospitality.

Drawing and visualising every day, she uses her skills as an illustrator and her love of design to inspire her artwork. But it was her collaboration with Janie Ticehurst on her book Mind over Fat that motivated her to create her first portfolio of images.

Melanie has now established herself as an illustrator and homewares designer. She has been encouraged and greatly supported by the artists’ community of Childwickbury Arts and is part of The Creative Living Pop Ups Group. She also sells online with Urban Makers and has her own Etsy Shop.